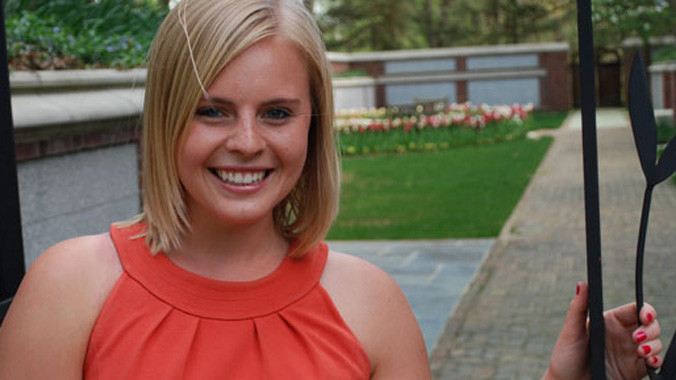 A series of feature stories were written for the University of Richmond that profiled the career success of recent graduates and alumni.

Lindsay Rumer, a senior who majored in business administration with concentrations in marketing and international business, wanted to experience that type of corporate culture first-hand.

“I was very interested in working for a well-respected company with an international presence, and Google was my dream,” said Rumer, who also minored in Chinese and served as the philanthropy chair for Kappa Kappa Gamma sorority. “Google has a unique position in the world right now, and its constant focus on innovation was something I wanted to be a part of.”

Rumer knew her goal — to land a gig at Google. So how did she make it a reality?

Having utilized the Career Development Center’s services since her first year at Richmond, Rumer knew how to organize her job search, format her résumé and put her best attributes forward during an interview. She also used the center to land the internships that gave her an edge during her job search.

An internship with the Advertising Club of New York allowed Rumer to network with professionals and attend weekly seminars at different organizations, including Google.

“I knew that just filling out applications online wasn’t enough,” she said. “I e-mailed contacts I met, as well as professors, alumni and personal connections through friends and family. Many of the people I met put me in touch with their contacts, and I was able to create a network of people who shared opportunities, insights and interview tips.”

It was those first connections that gave Rumer a boost when she began the five-month Google application and interview process.

After making it past the initial online application, she had a phone interview, which required
her to answer behavioral questions and be well versed about Google’s structure and products. The final round interview had Rumer heading to California to interview in person.

After interviewing, Rumer received the news that she was selected for the company’s new graduate program. After graduation, she will move to California and begin work as an associate in online sales and operations at Google’s headquarters.

“I will work with existing clients to support and improve their advertising,” she said. “From there, I will move to managing my own book of business in a specific industry sector. I’m hoping my first few years at Google show me where I would fit best in the organization, and ideally, I’d like to be doing something that involves Google’s international focus one day.”